The RESCUE Units are operational also in Jordan: The opening ceremony held in Amman on 24th of April 2019 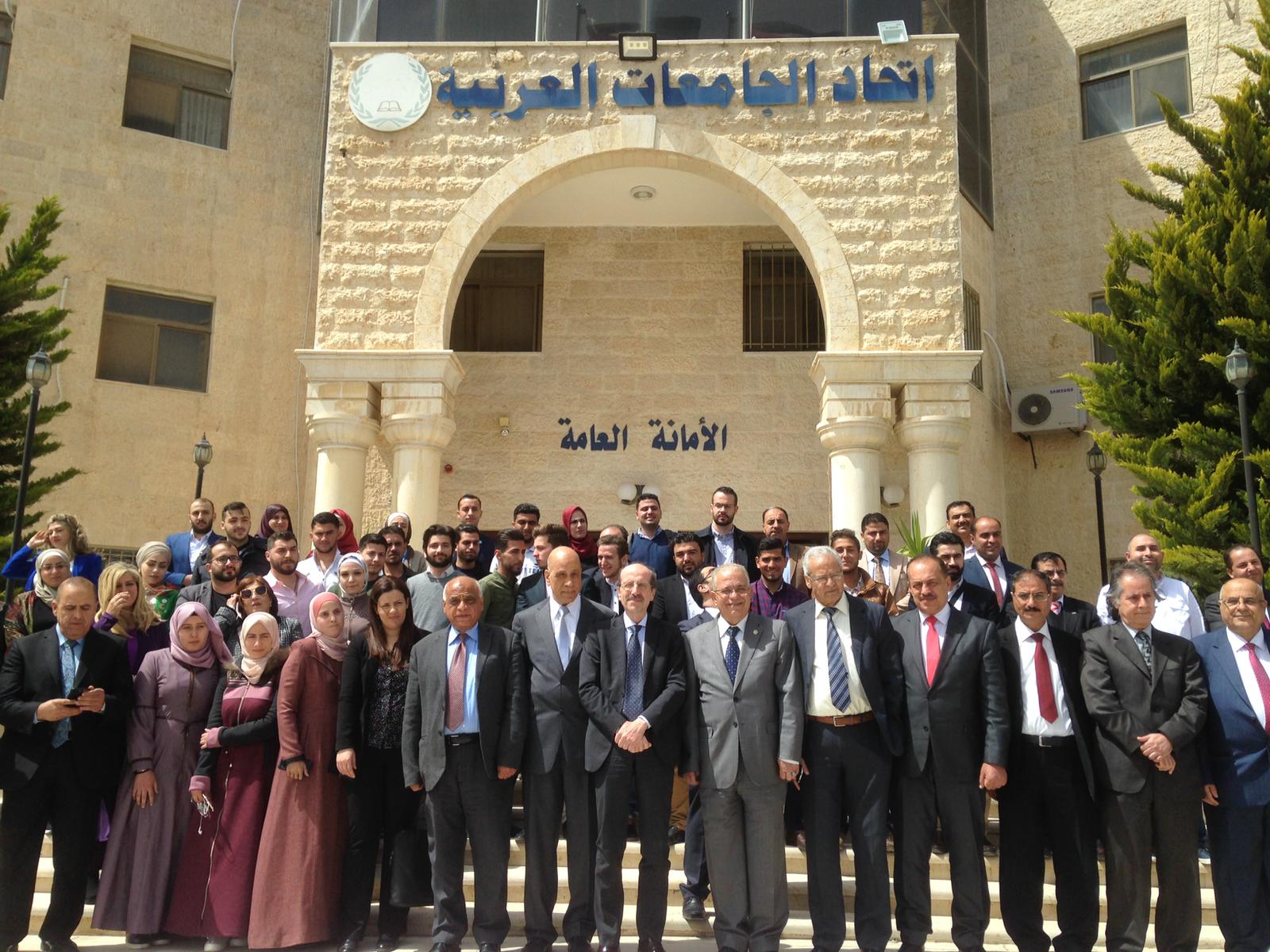 In the frame of the RESCUE project a public dissemination conference was held in Amman, Jordan, kindly hosted and organised by the Association of Arab Universities – AArU on their premises on the 24th of April, 2019, an active partner of the project in charge for the dissemination activities.

The conference raised awareness about the existence of the Units as service providers for the beneficiary students: in fact, a significant number of students (especially Syrian refugees) attended the conference and the project partners urged them to spread the word across their communities.

The RESCUE project addresses the problems faced by refugees, IDP’s and local disadvantaged communities who would like to resume their academic career but have difficulties in doing so due to their situation. After Lebanon and Iraq (KRG) the main tangible outcome of the project has ben realized also in Jordan. The three Jordanian Universities participating in RESCUE, namely  al-Zaytonaah University of Jordan, Zarqa University and Yarmouk University have completed the preparation phase and the corresponding R-SOS (Refugee- Student Operational Support) units are now ready to start operations. Zarqa University had officially opened a few weeks before the conference, al-Zaytonaah and Yarmouk University did the official opening immediately after the conference, respectively in the afternoon of April 24th and on the morning of April 25th;

All the R-SOS units in the partner universities are dedicated offices whose mission is to support the students in overcoming the difficulties they face in accessing the Higher Education System. For this reason the main aim of the conference was to create links and cooperation mechanisms with other important stakeholders in the process of supporting refugees and disadvantaged groups. Apart from project members (deputy Secretary General of AArU, Dr. Abdelrahim Hunaiti and RESCUE Project Manager Dr. Raniero Chelli from UNIMED) AArU also invited a number of distinguished speakers representing the National Erasmus Office, the UNCHR as a major actor in the support to refugees and H.E. Reda al-Khawaldeh (Former Minister of Agriculture) who delivered a very interesting presentation on the links between migration, agriculture and water management problems and by the top level representatives of the three Jordanian Universities involved in RESCUE.

The conference represented an excellent occasion for creating awareness among the final beneficiaries about the opportunity offered by the R-SOS units and to forge stronger links with relevant stakeholders in order to guarantee the sustainability of its action and enhance the impact on the society as a whole.